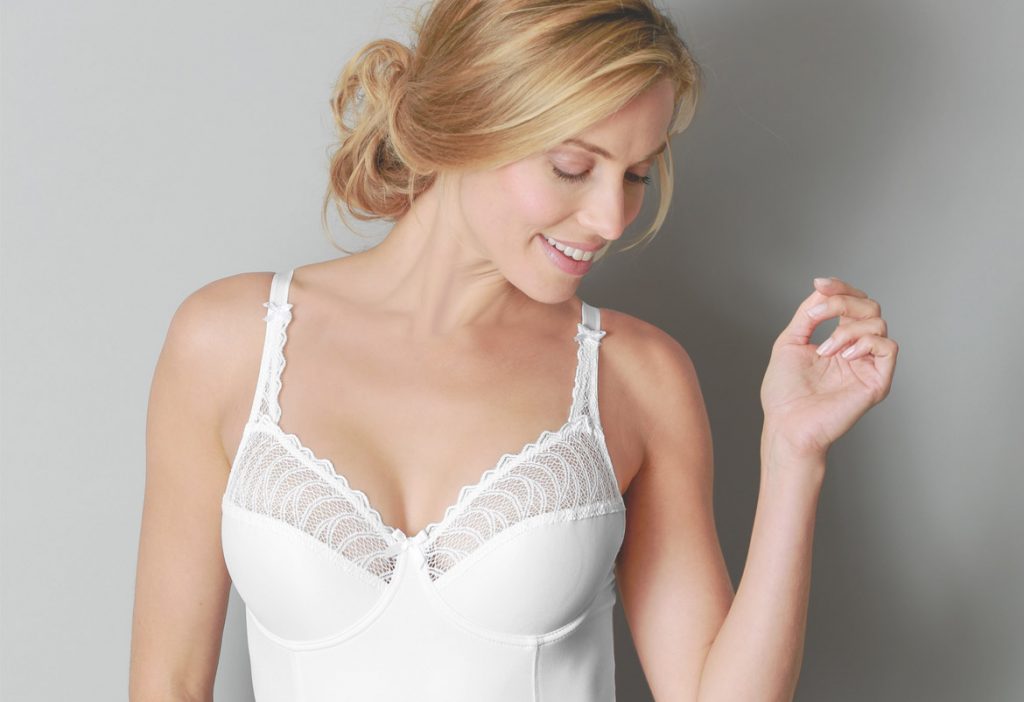 The beginning of Shapewear:

Believe it or not shapewear was first seen in the ancient Greek times with girdles fashioned with either linen or soft leather bound at the waist. The ancient Minoans who lived in Crete celebrated the female form and created underwear to emphasise the breast, hips and waist. However, this was before the Athenian invasion and was the Creton corset had no place in the Athenian society.

In the Hellenic Greece [the period before Alexander the Great] decorative metallic Girdles started making their way into fashionable dress. These girdles were also made from soft leather and linen, to create the desired hourglass shape.

The Ancient Romans also contributed to the development of shapewear, however, unlike the Minoans, the Romans preferred a more slender figure with a smaller chest and larger hips. A breast band was also used to bind the chest to help aid in making them appear smaller.

Away from the Girdle:

Moving on to the Middle Ages, women primarily donned the tightly laced bodice. Again, like the exception to the Romans, the hourglass shape was widely desirable.

The Elizabethan era, the focus on shapewear started favouring the hips. Large petticoats going underneath dresses to help create the illusion of wider hips. Steel corsetry was used to flatten and help conceal the chest. In the 16th century, the corset was also used to turn the torso into a cylindrical shape and was not meant for creating the hourglass shape.

In the Victorian era, women were seen to be yet again squeezing themselves into waist cinching corsets. Victorian shapewear was crafted out of heavy canvas and whale bone to create an extreme hour glass shape. To get the corsets as tight as they  would possibly go, women would lay down on the floor whilst another person put a foot on their back and pulled the corset harder until it would give them the desired effect they wished for. 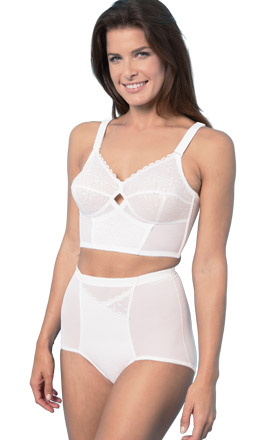 The shapewear market took a dip during World War One when women were urged to stop buying them. Corsets were made from metal which were needed to make ammunition. And as we know at this time, women were encouraged to help as much as they can within wartime. However, at this point is when we first saw modern day bras emerge. This, in turn, meant the trend in shape wear changed once again. ”Boyish” frames were more favoured during the flapper era, women started swapping restricting corsets for more liberating camisoles, again chests were bound and curves were hidden.

When World War 2 came around, the girdle came back into fashion. The girdle was often partly or entirely made of elastic or boned to help give a slimmer appearance. This was the turning point of how we see shape wear today, elasticated and figure hugging in order to create a slender silhouette that women of this time desired. 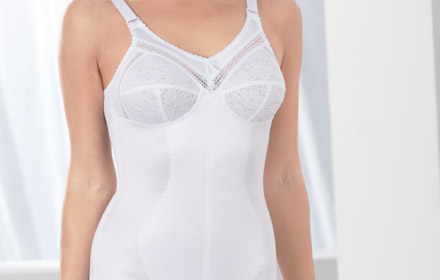 After that the 50’s and the year of the pin up girl brought more shapely figures, this was achieved by padded bras, as figures were no longer hidden under restricting fabrics. Nylon and polyester were now used to create girdles which have now brought us to shapewear in the modern day.

1950’s underwear styles provided women with choice and glamour. Glamour being the main theme of this period with icons such as Marilyn Monroe and Jane Russell showing off silhouettes that exhibited that hourglass shape women prayed for. Just as it is important for us today, it was important then to ensure our shape wear was the correct size, fit and style to create the desired look on both underneath and over a woman’s clothing.

Popular styles of this time were classic but also innovative, showcasing new features that women hadn’t seen before. Corsets, strapless bras, girdles and slips were just a few of the many garments that were essential back then and today. 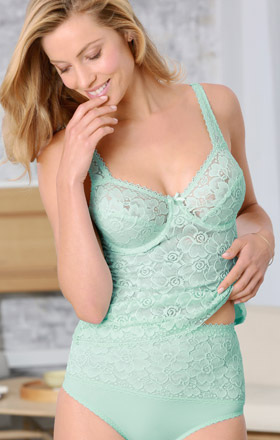 A change in attitude:

After periods of structure within the shapewear market,  we move to the 1960’s where women’s attitudes towards what they were wearing underneath their clothes dramatically altered. Simplicity was key. Simple shapes and a more relaxed style were what women of this era wanted. Stripping the structure back, women opted to embrace the bra and knicker.

Looking back at all these periods and the origin of shapewear, it is clear to see that these styles are just as popular today as they were in previous times. The cycle of fashion allows us to celebrate test and trial all that came before, embrace it, modernise it to improve it day on day.

Today we see elements from all of these structures, taking the original basis and modernising it, ensuring that the classic styles continue to celebrate a woman’s form. As women we all know that everything starts from underneath. The under wear we choose creates the foundations of our finished look, the perfect shape can change a look for the good or the bad. So ladies make sure you make the right choice!

Many styles of bras, corselets, girdles and slips can be found on our Lingerie page at the Damart website.

0 0 0 0 0
Previous Post
Next Post
A brief history of lace and how to wear it by occasion.
Three ways to wear our Iconic Trainer
No Comments Yet